*   How to keep your kids busy at home in COVID-19 crisis *   Coronavirus disease (COVID-19) : Which can do to get rid of mental anxiety *   Neglect ear problems? Do you know how much damage you are doing? *   5 Ways to Keep Your Baby Safe from COVID-19 *   Coronavirus: Here are five ways to avoid indoor infections *   Sexual Health: Research shows that oral sex can spread bacterial vaginosis in a woman's vagina. *   How to relieve fatigue, Is fatigue a coronavirus symptom. *   COVID-19: Distaste of drinking water, Try to consume herbal water

The term Nurses Day is practically unheard of, the same way Nurses are underappreciated. Yes, they are held to a certain degree of respect worldwide, but in several parts of the world, such as Saudi Arabia or Southern Asia, the whole profession is seen at a low level as though the career path was only chosen due to the dearth of a higher degree required to become a doctor.

What International Nurses Day is about, the requisite for acknowledging nurses and the day altogether shall be discussed here. We will also contemplate the ways and ideas of coming together to commemorate the founder of modern nursing, Florence Nightingale yearly.

What is International Nurses Day?

International Nurses Day was materialized as a way of honoring Florence Nightingale's birthday in 1820 on the 12th of May annually. The day is celebrated in distinguished ways respective to different cultures of different countries and, even individually. The day not only marks the birthday of Florence but it even calls out on our unsung heroes i.e. the nurses and the efforts they have made in healthcare.

In 1953 Dorothy Sutherland, an official with the U.S. The Department of Health, Education, and Welfare, had propounded an International Holiday in the calling of “ International Nurses Day” however, it was dismissed by President Dwight D. Eisenhower.

Later on, in January 1974, the idea was thought out once more and finalized to May 12 as a yearly observance and respect given to Florence Nightingale, the originator of contemporary nursing by casting it on the day of her birth. 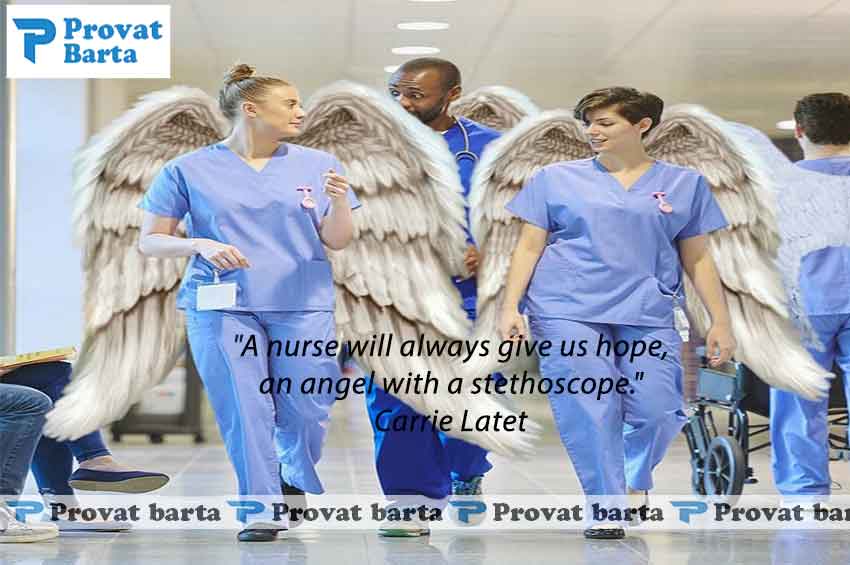 Being the foundation of the entire healthcare system, nurses are a passionate group who give their all to what they do. Every nation is eternally grateful to nurses. Nurses are people who have a strong sense of servitude regardless of gender, race, ethnicity, or nationality. The first priority of a nurse is to bring the sick to better health, anyhow, and till the patient is fully recovered.

It goes without saying that this comes first, even before her own personal care. Hence, steadfast morale and sincerity are mandatory in this field. Apart from that, knowledge to adapt to any situation is essential. Having good decision- making skills in the tightest and crucial state of affairs, is a requirement too, especially in this technological era.

Both hospital management and patients expect the full attendance of nurses which easily flusters the nurses, in return. Working pastime and under duress, with high demands can work up emotionally and have long-term effects.

Their personal lives and relationships deteriorate as well. This can work against the healthcare system as well, for the quality of their work can diminish and so can their morale. Collaboration and efficient management are required to curtail the load that the nurses carry on the daily but to achieve that, a lot of impediments have to be removed along the way.

In Bangladesh, in accordance with a study, by combining manual labor, working overtime, and shortage of staff, nurses over there suffered extreme back pains. This day is important for holding conferences and finding solutions through discussions. Hospital policies, staff breaks, and shift patterns could be revised and challenged. 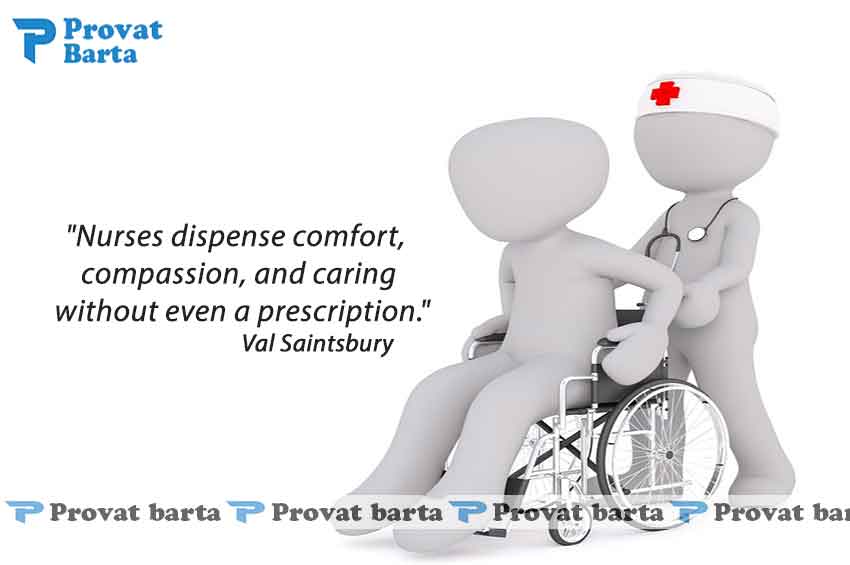 In the 1850s Florence Nightingale managed her own group of nurses for British soldiers who were injured at the Barrack Hospital in Scutari, during the Crimean War. The state of the hospital was so despairing, she took the matters in her own hands. She pined hard to provide proper medications, food, and supplies, while still keeping the hospital clean and hygiene.

She invented procedures and management to evaluate healthcare, her theology and invention was a revolutionary breakthrough that was to shape the system for the coming decades and centuries.

The experience she ordained at the hospital caused her to call out on all of the healthcare system and its corresponding nursing. Therein, in 1860 she built her own school dedicated to nursing, at St. Thomas’ Hospital in London called the Nightingale School of Nursing. Following the success of the school, institutions similar to hers sprang up elsewhere.

Florence Nightingale, also known as The Lady with The Lamp, is commendable for her work as a nurse and the impact she’s made on healthcare. Florence is looked upon as the limit of servitude and dedication to her profession, which every nurse should follow.

In 1988, a theme was introduced by the International Council of Nurses (ICN) for the first time to endorse the significance of this noble profession. Following that year, International Nurses Day is celebrated annually accompanied by a distinct theme worldwide. Symbolizing their sacrifice, commitment, and great contribution each year the profession is given a different embodiment.

ICN has chosen its theme for International Nurses Day as “Nursing the World to Health”.  The theme focuses on valuing the nurses for their contribution to the betterment of people of the world. Nursing brings the dreams of people disabled to safer lodging.

Especially during the Corona outbreak, nurses have been proving their worth by working tirelessly. Taking the risk of contracting the virus they are still delivering appropriately whenever and wherever.

An additional 9 million nurses and midwives by the year 2030 will be required to reach Sustainable Development Goal 3 on health and well-being to cover up the largest shortages of nurses and midwives in South East Asia and Africa. A central part of general health and disease and infection control is retained by nurses.

Including the amelioration of health, ailment prevention, and caring for the ill, the incapable, and the dying. The nurses aid in providing the health care requisites of various population groups in a profound number of settings in the country.

Communicating personally with physicians, physiotherapists, patients, and families through body language, listening, writing, reading, and if necessary, by speaking is a part of the job. Nurses are equipped with diverse skills and knowledge to fix us in every way possible. And when they aren’t able to, they possess the strength to watch the patients they had cared for, pass away.

What the theme hopes to achieve is acknowledge and emphasize exactly how vital nursing and nurses are to each and every sector of healthcare. It wants to bring to life and recount the many deeds they constantly do, which are often overlooked.

Symbolizing the knowledge, it is to be taken beginning with one nurse to the other to have it put on the High Altar. Similarly, an event is held at St. Margaret’s Church, where rests Florence Nightingale, in peace, a day following her birthday.

A week-long program called National Nursing Week from the sixth of May to the twelfth of May is issued in the US and Canada. Australia groups and directs several nursing functions during the week’s festivity. The entire week focuses on the benefits of social insurance globally.

The week-long program celebrates the nurses and their glorified profession.

Several events such as instructive courses, network occasions in an assortment, discussions, competitions, gift exchanges, and so on are held. Nurses are shown the utmost respect and honor this day through blessings being showered upon them, flowers, gifts, feasts and dinners, and so forth by their partners, relatives, associates (specialists, managers, and patients). 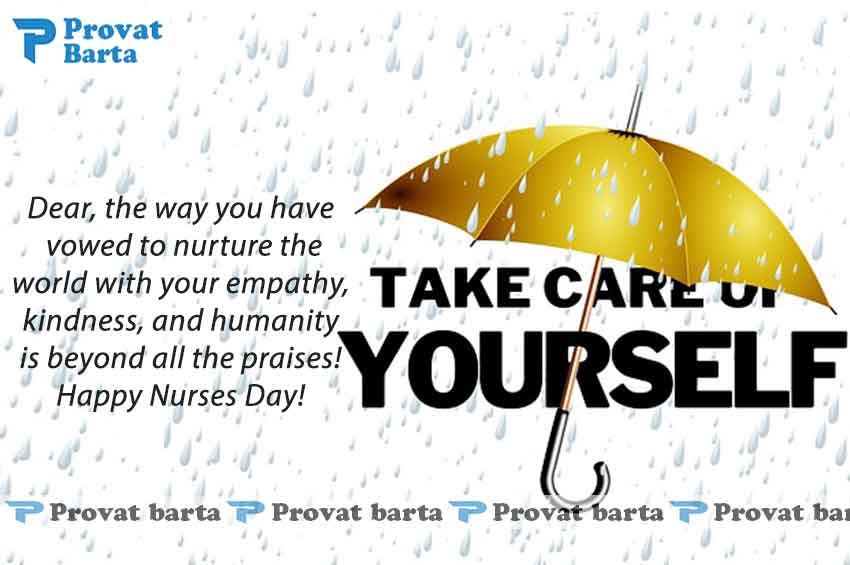 Nursing is the spine of healthcare. Nurses are the nurturing group of people who will readily give their all for anyone that is sick, without giving a second thought. No judgments or hate comes in the way of their nurture. They are untiring and immensely strong, no sense of dread from their work should overpour them in any way.

And yet, their patience shouldn’t be tested all the time and they too, need their rest and deserve to care for themselves. Hence the International Nurses day has been materialized to acknowledge their efforts and show them the love and care they deserve.

Subscribe our newsletter to get the best stories into your inbox!